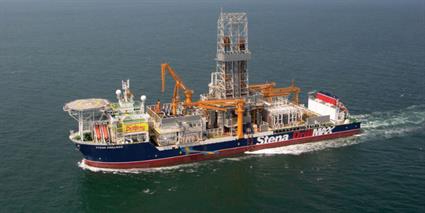 Energean Oil and Gas plc announced yesterday that it has commenced its 2019
drilling programme in Israel, which will consist of three development wells in addition to Karish North.

The drilling campaign is being undertaken using the Stena DrillMAX drillship. The Stena DrillMAX
is a sixth generation drillship capable of drilling in water depths of up to 10,000 feet. The drill ship arrived two days ago to the drilling location of the first well close to the Lebanese Exclusive Economic Zone (EEZ).

Doubts exist that Karish North reservoir could extend into the Lebanese EEZ, thus, Israel will start tapping from the Lebanese gas.

Energean Oil and Gas plc being a British and Greek company shall present all assurances to Lebanon that no Lebanese gas will be siphon off from the Israeli side.