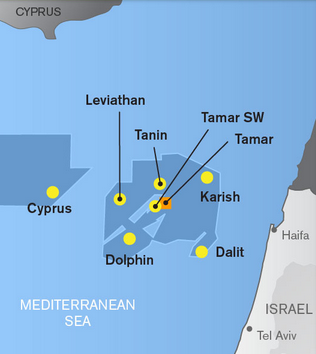 Noble Energy has been eyeing development of one of the world’s biggest offshore gas fields off northern Israel by partnering with Israel’s Delek Group, but its plans were stalled by anti-trust regulators on concerns related to monopoly. On Thursday, however, Israel’s security cabinet voted in favor of Noble and Delek.

The leading U.S. based energy companies have generally shied from investing in Israel, despite its vast natural gas deposits and the government’s efforts to lure foreign oil and gas producers, fearing the country did not have adequate regulatory framework to protect the interest of foreign investors. Noble, however, is an exception. The Houston, Texas – based company is the only U.S. oil producer willing to bet on Israel’s resources, but it did not receive the warm welcome it would have expected. The stand-off between Noble and the anti-trust commissioner David Gilo has certainly not helped in improving Israel’s image among U.S. oil and gas producers as an investment destination. But the recent decision from the security cabinet could help.

Noble and Delek, however, will be required to reduce their stakes in three smaller fields to address anti-trust concerns. In the Tamar field, which holds 10 trillion cubic feet of reserves and has been in production since Q1-2013, Noble will be required to reduce its stake from 36% to 25% while Delek will have to sell its entire 45.3% stake. Similarly, in Tanin and Karish fields, which together hold 3 trillion cubic feet of reserves and are located right next to Tamar, the two companies will have to sell their stakes. But in return, they’ll get control of the prolific Leviathan field. Leviathan, discovered more than four years ago, is by far Noble’s biggest exploration success as well as the largest gas find of the last decade with an estimated 16.5 to 22 trillion cubic feet of reserves.

Unlike some of the smaller fields that were supplying gas to Israel, Leviathan’s fuel was earmarked for exports. The field has the potential to transform Noble as one of the biggest gas producers from the Mediterranean as well as Israel’s relations with neighboring countries, such as Jordan and Egypt. Moreover, with the development of this field and related infrastructure, such as the proposed $4.3 billion EastMed pipeline, Israel, Cyprus as well as Egypt, could also fulfill the energy needs of Southern Europe, thereby changing the energy landscape by reducing the continent’s reliance on Russia. Leviathan’s impact, therefore, could be enormous, albeit it requires support from the European Union and Turkey.

Leviathan is now awaiting Israeli government’s approval which, I believe under right-wing Prime Minister Benjamin Netanyahu, is not going to face any opposition. It is going to take three years and $6.5 billion to develop the Leviathan project. Initially, Noble and its partners planned to begin the development work at the start of the current year and were expecting first production by the end of 2017 or early 2018, but that target will likely get pushed back further to the end of the decade.

Meanwhile, Noble and its partners have signed letters of intent worth $45 billion to supply gas to Jordan and Egypt. Following pressure on Noble from Israeli regulators, however, Jordan halted negotiations while Egyptian buyers started looking elsewhere, such as Qatar and Algeria. But following the recent ruling and the green signal from the government, talks will likely resume in the near future to finalize the agreement.

The security cabinet’s decision to allow Noble Energy to keep control of the Leviathan field has substantially cleared the clouds of uncertainties that have been hovering over the future of one of the company’s biggest assets. The Israeli government now needs to speed up the process to grant full approval, particularly since Leviathan project has already faced significant delays and the prospective buyers have been looking for alternatives. This is going to pave the way for signing of binding contracts with Jordanian and Egyptian customers. For Noble Energy’s shareholders, A final approval or a supply contract could act as a catalyst for upside.