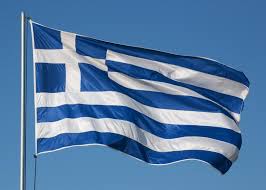 The outlook for Greece’s offshore licensing round is not good. Soundings made by Global Sources Magazine suggest that the ministry of energy could find itself with very few applications to explore in the 20 deep water blocks on offer when the bidding round closes on Tuesday, July 14, in the midst of the country’s financial collapse.

Ministry officials are hoping for the best, GSM understands, but already the ministry is giving thought to a new bidding round for the same area in a year or two’s time, an Athens source has told GSM.

Greece has been counting on a successful outcome for the round as it would bring much-need foreign investment into the country, but the default on the loan repayment to the IMF, the closure of the banks and another expected default on a European Central Bank payment, do not bode well for Greece’s wish to launch a hydrocarbon industry.

In the initial stages of the seismic data acquisition that was carried out by Norway’s PGS in 2012-13, there were reports that international majors ExxonMobil and Total had expressed an interest in the offshore acreage which is located in Greece’s western Ionian Sea and in the Mediterranean Sea west and south of Crete. It won’t be known until Tuesday if that interest remains.

Oil industry sources in Greece told GSM this week that at present it appears that only Hellenic Petroleum, the semi-state-owned refining company, might bid on a block, but Hellenic is not geared up for deep water work.

The financial pandemonium in Greece, coupled with an oil price of around $60/barrel, gives little inspiration to the international majors that would be needed to properly explore and exploit the area.

Currently Greece is producing less than 2,000 b/d through the privately-owned Energean Oil & Gas, which is operating in the Gulf of Kavala in the northern Aegean. Energean has recently completed a 3D seismic survey in Kavala and intends to launch a $200 million drilling program before the end of summer. The drilling program is designed to boost production to 10,000 b/d within two years (see GSM, In Poseidon We Trust, April 15, 2015).

To a query made by GSM to Hellenic Petroleum regarding Greece’s ability to cope with possible fuel shortages in the midst of the economic turmoil, Hellenic replied it has sufficient crude and petroleum product supplies that exceed the EU-required 90-day stockpile.

Encouraged by gas discoveries offshore Israel and Cyprus, Athens started preparing an offshore licensing round of its own in 2012 when it hired PGS to conduct an extensive 2D seismic survey in Greece’s western and southern waters. When complied with data that Greece had acquired years ago, the ministry of energy put together a database covering 220,000 square kilometers and called it the Greek MegaProject.

In early April, following poor results for an onshore licensing round, the ministry announced that it would extend the offshore closing date by two months, until July 14.

That decision was made after the disappointing response to an onshore tender for three blocks in the Peloponnese that closed in mid-February, just a few weeks after Alexis Tsipras’ left-wing Syriza party won a parliamentary election at the end of January on an anti-austerity platform.

Those three blocks had been tendered in late 2014 following an expression of interest in them by Italy’s Enel Trading. According to EU regulations, Athens had to make the blocks open to international companies that might be interested in the acreage. In the end – following Syriza taking office – only the Greece companies Hellenic Petroleum and Energean bid on the blocks. Italy’s Enel did not take part even though its interest had initiated the round.

The ministry is clearly hoping not to repeat this scenario, but as the bottom has finally fallen out of the Greece economy, the ministry could be looking at another disappointing day.

For its part, Energean has confirmed to GSM that it will not be participating in the licensing round. The banking circumstances in the country are posing enough of a challenge just to keep the Kavala program on track.