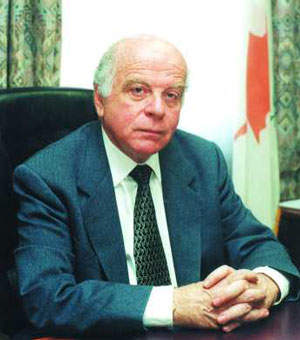 In the negative atmosphere of the collapse of the economy and the incredible incidences of corruption, the problem of Cyprus and that of the hydrocarbons are stagnant. And it seems that there is no way to break the deadlock.

Turkey states in a very clear language that she is going to bring her own rig to pump the hydrocarbons of Cyprus and that she will not allow the exploitation of the wealth in the sea by the “Greek Cypriot administration”, as she calls us.

Based on my experience I believe that Turkey will not give in. After all, if she retreats from the above positions taken personally by Erdogan, she will destroy his hegemonic image. So, are we moving to the direction of a head-on collision?

The impasse entails many questions and many risks:

Shall we manage to sell the gas in block 12 (Aphrodite) to e.g. Egypt? How shall we find an investor for the undersea pipeline (cost approximately US$2 billion), once the investor will know that Turkey objects to such a sale and that before the pumping of the gas commences Turkey may arbitrarily intervene and stop it?

What will happen if an investor for the pipeline is found and at the end of the day Turkey intervenes and stops the process?

How will Turkey react, not necessarily now, but at the stage when the collection of funds from the sale of hydrocarbons is reached? Will she remain idle? Will she threaten? Will she intervene militarily?

Who will stop Turkey from pumping, through her own rig the hydrocarbons of Cyprus?

It should be remembered that the Turkish argument about the protection of the interests of the Turkish Cypriots is in general terms adopted by the United Nations and by Europe.

In a number of articles of mine in recent years I underscored all the above. And I proposed, when Mehmet Ali Talat was “president”, the following solution: We continue the process of drilling. We deposit a just and fair percentage to be agreed, of all net collections from the sale of oil and gas, in an escrow account in favour of the Turkish Cypriots. This amount will become payable either when the Cyprus problem is resolved or after a period of, say, 15 years, whichever happens earlier. The above arrangement was viewed positively by the Turkish Cypriots; our side did not even react. We thought, in a naïve way as usual, that we would be able to use natural gas as a trump card. We acted in exactly the same manner in the 1960s, again in a naïve way, when our leaders thought that the Turkish Cypriots “would eventually boil in their own juice”. As a result we finally lost 37 per cent of the territory of Cyprus in 1974.

Nowadays we risk losing the hydrocarbons of Cyprus. And nobody will extend a helping hand, as nobody did in 1974. None of our many “friends” showed up. None….

Unfortunately we do not follow the example of Greece, which for the past 40 years has been cautious in the Aegean Sea.

If we want to stop history from repeating itself – and I have no doubt that history will be repeated if we are not cautious – I would propose the following Plan, if it is not already too late:

Commence Proximity Talks. In this case the two sides will be talking to the UN and not to each other. Consequently the position “I do not talk unless…” is circumvented. Such talks were carried out successfully in the second half of 1984 but we scuttled the whole process in January 1985.

The Cyprus problem and the hydrocarbons will be discussed at the proximity talks.

Barbaros will depart, the drilling will continue and the interests of the Turkish Cypriots will be protected through the escrow account described above. The proximity talks may prove to be a solution of a sort. May be….

Nicos Rolandis is a former commerce minister, foreign minister, MP and president of the Liberal Party