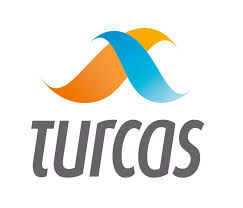 Turcas Petrol CEO Batu Aksoy told Reuters “We can still create a win-win opportunity. There are large quantities of gas in Israel, and they want to supply gas to Egypt and Turkey”.

“If they supply Turkey with 8-10 BCM a year and sign a 20-year gas agreement, this will meet Turkey’s needs,” Aksoy declared.

The holders of rights in the Leviathan natural gas reservoir have been in contact with Turkish companies for months, including Turcas and Zorlu Petrogas Petrol Gaz, concerning exports of Israeli gas. As of now, however, there is still no concrete agreement on the agenda. At the same time, in view of the difficulty in exporting gas to Egypt, it appears that Turkey is a fitting candidate for an anchor customer for the Leviathan reservoir.

Half of Turkey’s electricity is produced from natural gas, and the Turkish economy consumes seven times as much gas as the Israeli economy. Gas consumption is also expected to grow quickly and double over the next 20 years, while Turkey has no gas resources itself, and currently is forced to import gas from several suppliers at high prices. It is believed that Turkey pays $15 per mmbtu to Iran, $12 per mmbtu to Russia, and $10 per mmbtu to Azerbaijan.

“Israeli gas imported by Turkey can be exported through the southern gas corridor,” Aksoy said in the Reuters interview, referring to the gas pipeline stretching from Azerbaijan through Turkey to Europe. Turkey is seeking to become a regional conduit for gas sent to Europe. The Israeli gas can be sent through this pipeline.

According to Aksoy, despite the deterioration in relations between Israel and Turkey following Operation Protective Edge, the volume of trade between the countries has not been affected. “Trade between Turkey and Israel has grown substantially, so why shouldn’t energy be part of this trade? The window of opportunity for importing Israeli gas to Turkey has not yet been shut. I think that there is still an opportunity here for the two sides, and for the region as a whole,” Aksoy explained.

In his interview, Aksoy hinted that responsibility lay with the Turkish government, which he said had interfered too much in the energy sector. He asserted, “The energy sector should be a free market driven by the forces of supply and demand, not by government intervention and price controls. The government must no longer subsidize electricity or natural gas. Subsidizing natural resources does not benefit us.”

According to Aksoy, Turkey is headed towards reforms in the energy sector designed to expedite the country’s growth, improve its investment climate, and set prices according to supply and demand, “but the first thing we need is a government.”