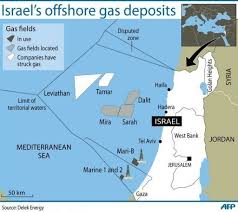 The development of Israel’s gas fields and natural gas sector, and private electricity production as well, has been frozen, since December 2014, following a decision by the head of the Israel Antitrust Authority Prof. David Gilo.

Gilo decide to retract a compromise agreement with the Tamar and Leviathan owners Delek Group and US company Noble Energy. The agreement was designed to clear up the suspicion that Delek and Noble formed a cartel by purchasing the license to the rights to the Leviathan field in 2007. Gilo spent two years in talks with the operators to reach the compromise agreement, then a further nine months to decide that he had made a mistake and that he would not be able to defend the agreement in court.

For this delay there is a very clear and expensive price to be paid. Gas export deals worth billions that have been signed by Delek and Noble Energy with major Jordanian, Palestinian and Egyptian customers have been cancelled. The process in which Israeli industry is converting to natural gas has ground to a halt. The developers of the new private power plants cannot move forward without holding agreements to buy the gas required to operate the plants. The timetable for developing the huge Leviathan field will be postponed for at least two years.

The ownership structure of Israel’s gas fields is misty. The growing damage intensifies the pressure on the government to take a decision, once formed…

Noble Energy are toughening their stand, and threatening international arbitration, which would cause Israel irreversible damage.

Israel does not have a clear strategy about the correct way to develop Israel’s gas sector. Statements from Government officials are very contradictory and the result was that Australian company Woodside, the only hope of creating real competition against Noble Energy, fled Israel with no return.

Today Israel stands at a crossroads. In order to exit the deadlock, it has the following options:

Meanwhile, a storm is raging on global gas markets. The price of liquid gas is tumbling, energy companies are reducing their capex and cancelling major projects. This additional storm can only complicate the matters and stall the hydrocarbon industry for the years to come.